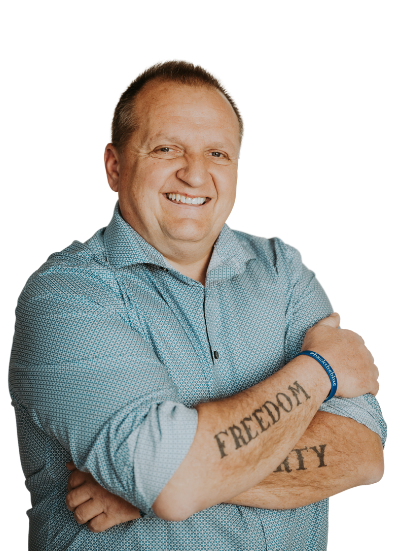 Tom DeVore of Greenville, Illinois is the Republican nominee for Attorney General. Over the past 2½ years, Tom has stood up for Illinois businesses, families, students, and workers by representing them as a private attorney against the Unconstitutional mandates Governor JB Pritzker implemented.

A self-made man who pulled himself out of poverty in Southern Illinois, Tom knows the catastrophic results that Democratic policy can have on poor and marginalized communities. He has pledged to make it a priority in the Attorney General's office to prioritize solving the crime epidemic that has threatened the Chicago area. As Attorney General, he will exert pressure on unresponsive State's Attorneys to prosecute violent crime.

Tom also pledges to go after government corruption more aggressively as AG. Pointing out that the AG holds an office 100 percent independent from the Governor's office (and every other office), Tom says that party affiliation should not matter when investigating and prosecuting corruption. The current AG and his predecessor both had enormous conflicts with prominent Democratic leaders.