Over the past week, we have heard alarming allegations against State Representative Jonathan Carroll from three separate women regarding his conduct in Springfield, at his District office with his staff, and in his personal life. These allegations detail potentially illegal behavior and reprehensible treatment of women. State Rep. Carroll must immediately address each allegation publicly and explain why these allegations are false and how each woman is being inaccurate in her claims. If he fails to do that, he should immediately resign his seat and suspend his campaign.

We would hope the Democratic leadership at the state, Congressional District, Township and Precinct level would share the belief with us that these allegations -- which by the way were revealed far too late to be of political advantage to Republican candidate Rory Welch -- need to be addressed expeditiously so that voters who have not yet gone to the polls can hear them, hear both sides and make their judgments in the voting booth. The time is now to demand this from Carroll; waiting until after the election would show callous disregard to the electorate we are supposed to serve.

Jonathan Carroll was inserted in the House not by voters but by the Democratic machine, which at the time was fully controlled by House Speaker Michael Madigan. Any effort by the Democrats to delay a reckoning for Jonathan Carroll sends a message loud and clear to the voters: "You do not get to choose your state representative; We do." So, we again ask our counterparts to immediately join us in asking for a full accounting of these explosive allegations before all votes are cast. 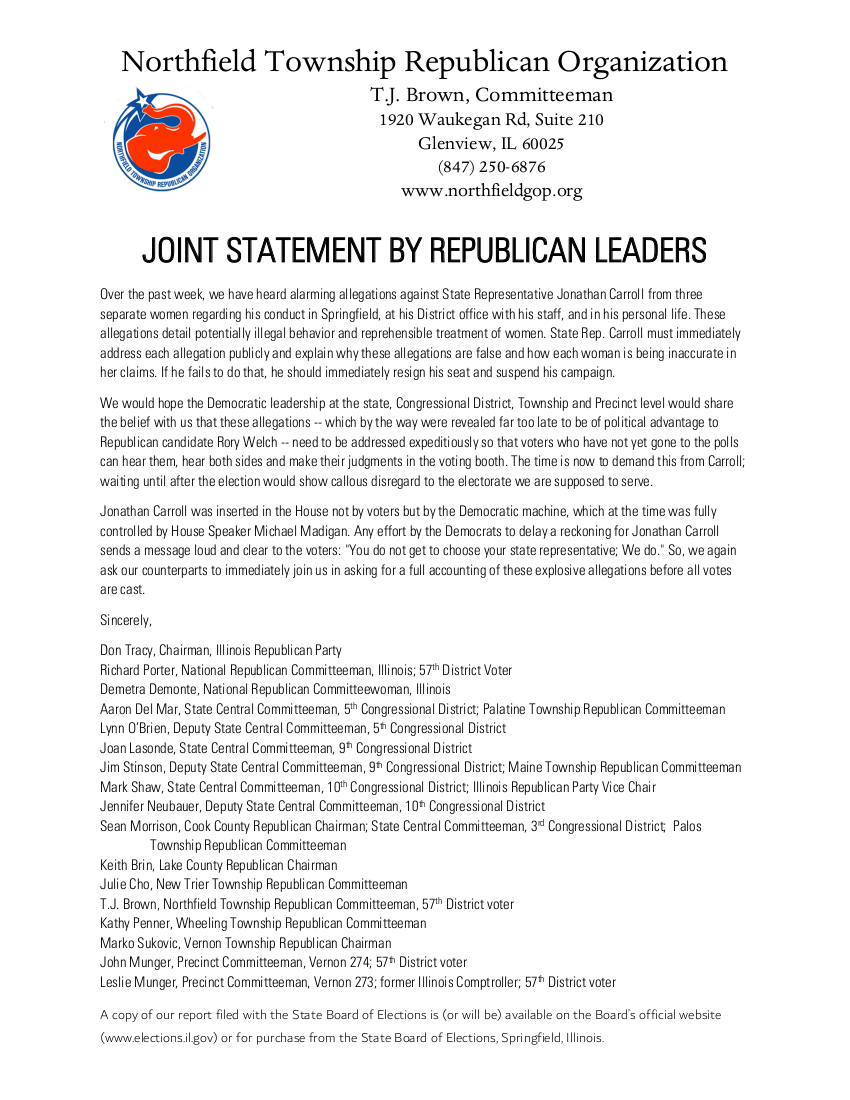